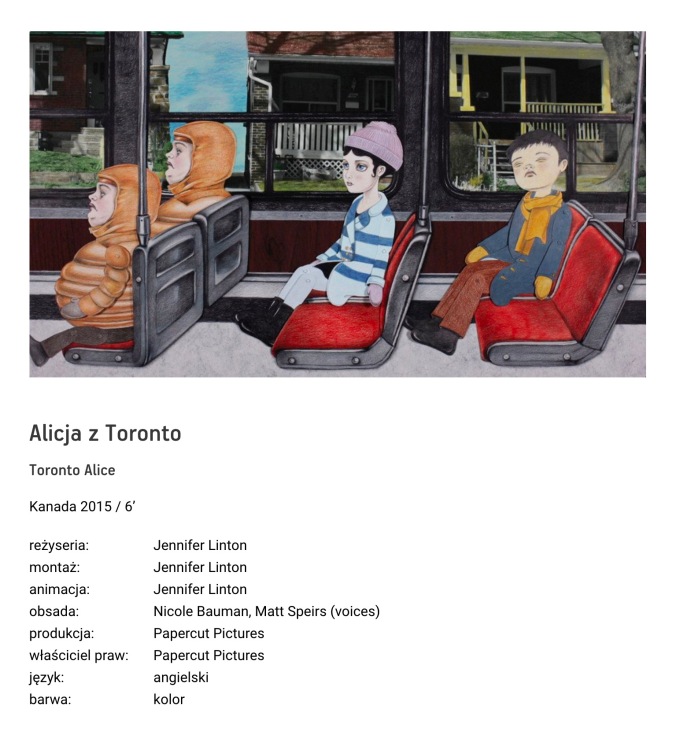 I’m delighted to announce that Toronto Alice will screen on July 31st in the Children’s Films program at New Horizon International Film Festival in Wrocław, Poland. Considering that my use of paper cutouts is largely inspired by the work of Polish animators Jan Lenica and Walerian Borowyck, the inclusion of my film in this Polish film festival feels like a sort of stylistic homecoming.

A wunderkammer, otherwise known as a cabinet of curiosity. This is an animated GIF testing out the opening motion of the doors to the cabinet in my film.

Hello, my darklings. Sorry for the prolonged absence from this blog, as I’ve begun working on my new animation project entitled Wunderkammer. This project sees the return of Madelaine, the mysterious Victorian lady from my previous short films La Petite Mort (2013) and An Unfortunate Incident Involving Her Hat (2012). As always, curious happenings befall Madelaine. In the latter film, Madelaine became the victim of a very bizarre wardrobe malfunction, and in the former, she engaged in a romantic — but ultimately tragic — tryst with an octopus. Similarly, in Wunderkammer her uncanny adventures continue.

For those not familiar with the term, a wunderkammer was a Renaissance-era predecessor of the modern museum collection. Below is a definition copied from the Tate Modern web site:

Wunderkammer or curiosity cabinets were collections of rare, valuable, historically important or unusual objects, which generally were compiled by a single person, normally a scholar or nobleman, for study and/or entertainment. […]Exotic natural objects, art, treasures and diverse items of clothing or tools from distant lands and cultures were all sought for the wunderkammer. Particularly highly prized were unusual and rare items which crossed or blurred the lines between animal, vegetable and mineral. Examples of these were corals and fossils and above all else objects such as narwhal tusks which were thought to be the horns of unicorns and were considered to be magical.

— excerpt from “History of the wunderkammern (cabinet of curiosities).”

I include here some pencil sketches of the various items and curios found inside the wunderkammer of my film (subject to change as the project evolves, of course).

Three wet specimen jars containing (left to right) a jellyfish, octopus, and a snake. The octopus is a small nod to my previous film La Petite Mort. 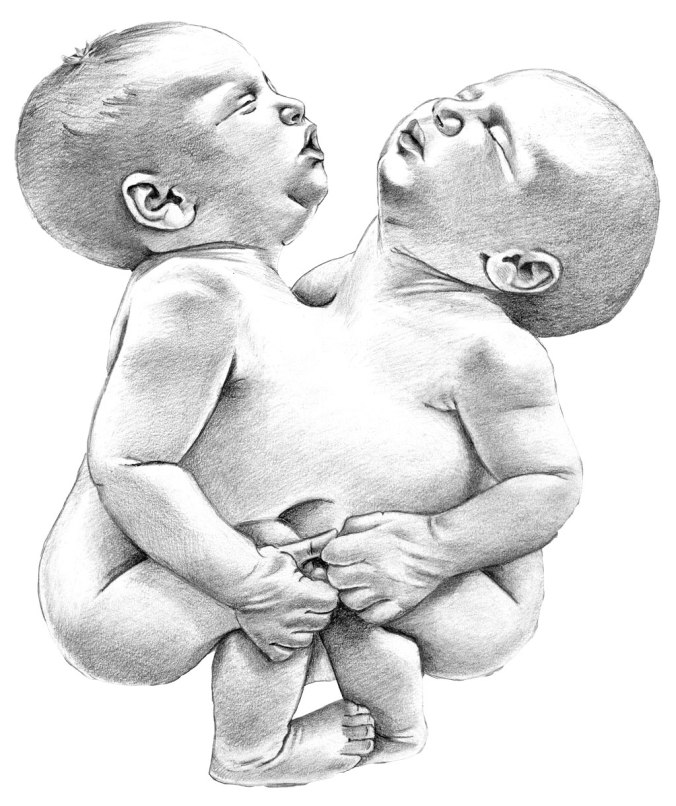 Conjoined twins preserved within a glass specimen container (container not drawn yet).

Pair of tsantsa, or shrunken human heads. Sure, this might be culturally insensitive, but tsantsa were wildly popular in the 19th century as items of “curiosity” in European cabinets. 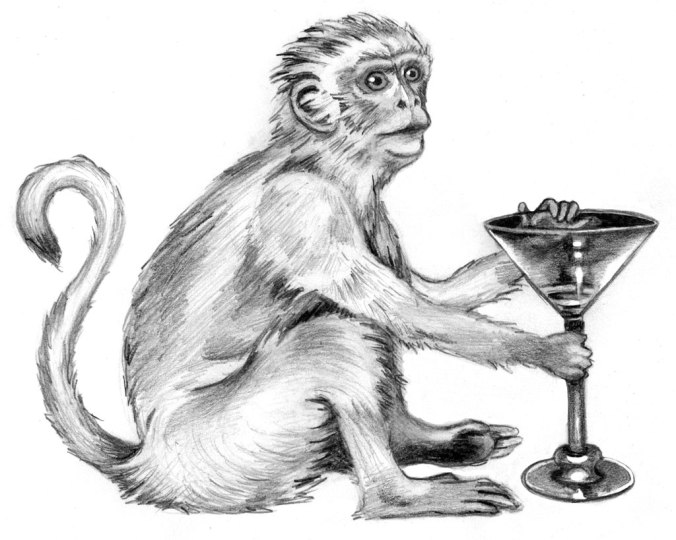 Taxidermy monkey with martini glass. Taxidermy of all kind was popular inside wunderkammer. Not entirely happy with this sketch, and I may revisit at a later date.

What it looks like: a cloud with a single eye. This never existed inside any wunderkammer, but it does inside mine. 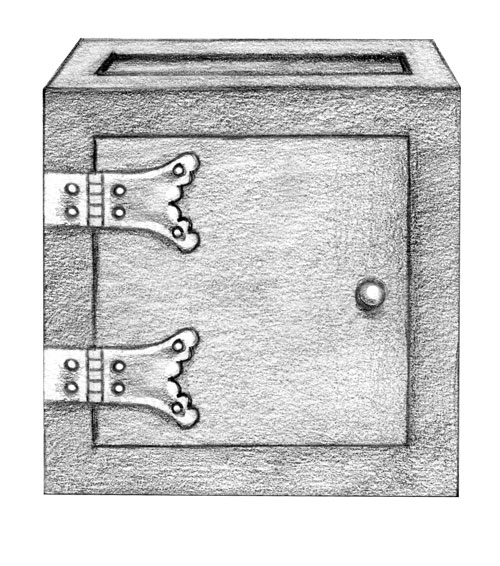 The mysterious box. Believe it or not, the contents of this box will prove to be the most strange and curious item inside my wunderkammer. Stay tuned.

Whilst attending the International Short Film Festival Oberhausen in Germany this month (May 2016), I had the pleasure of being interviewed by three young German journalism students. We had a brief conversation about my film in the festival Toronto Alice. They recently sent me a link to the interview, and I used Camtasia to capture it in order to share it with you, my readers. There is no video, only audio.

Toronto Alice gets an “Indie Tuesdays” review on the Toronto Film Scene blog:

“It is almost a shame that the film is only five minutes long since Toronto Alice would make a great feature-length film. However, as it stands, this is a wonderful little short film that brings Lewis Carroll’s characters to life in the city of Toronto.”

Hello, my darklings. Hope you’re enjoying the warmer-than-usual weather in February (at least in Toronto). Just wanted to post an update on the various film festivals that are screening my work over the next few weeks.

Firstly, I’m truly honoured to have my short animated film La Petite Mort included in the “Independent (Canadian) Scene” program at Tricky Women 2016 in Vienna. Many heartfelt thanks to Madi Piller, executive director of Toronto Animated Image Society (TAIS), who curated this program. She is a tireless supporter of independent animators.

My other cinematic child, Toronto Alice, travels to Los Angeles for the L.A. International Women’s Film Festival in March. Many thanks to Leslie -Ann Coles for curating the Canadian Shorts program that includes this film.

I’m also excited to share that I’m currently developing a new script for another of my independent animations. This new project will be closer to La Petite Mort in look and feel, and has the working title of Wunderkammer. Stay tuned. 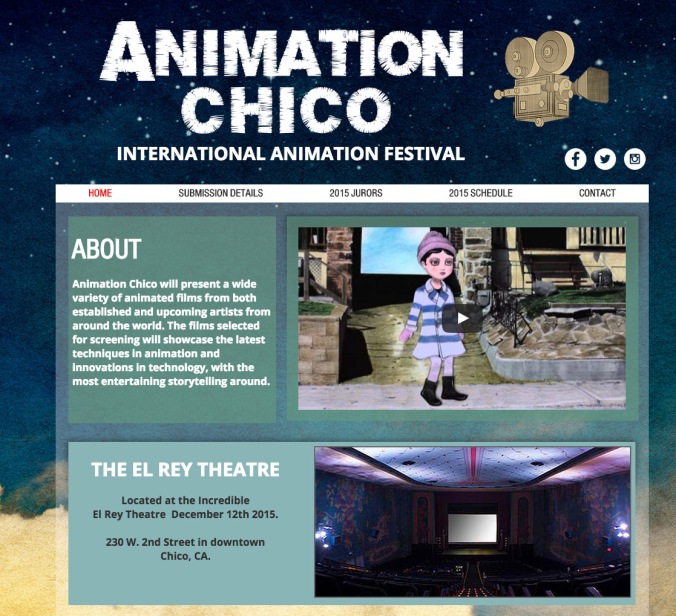 Toronto Alice had her World Premiere at Animation Chico this past Saturday, December 12th. It’s only a happy accident that the festival trailer happens to rest on an image from the film, but I’ll celebrate that small, random victory nonetheless.

My new Tumblr site of animated GIFs. Thinking of this as a reservoir for playful art noodling, like a moving sketchbook.

Photo of my thaumatropes in the Magic Gumball Machine of Fate located at Artscape Youngplace in Toronto.

The thaumatrope was an 18th-century toy constructed from a simple disk or card featuring a different picture on each side and attached to two pieces of string. When the strings are twirled rapidly the card rotates on its axis and the two images appear to combine.

The embedded video below demonstrates one of the four different thaumatropes I created as an artist’s multiple for Nuit Blanche 2015 in Toronto**. You can purchase your very own for the princely sum of $2 from the The Magic Gumball Machine of Fate, which will be located at 522 Queen Street West. Bring your twoonies!

**an annual, all-night visual arts event that takes place in the downtown core of Toronto.

Hello, gentle readers. Many apologies for the fact that I haven’t been keeping up with my blog posting lately. As you can read in the previous two posts, I’m currently involved in a new animation project which is commandeering all of my “spare” time. Below is a screen capture from a lovely little write-up I received a couple of months back on the Dangerous Minds blog. I submit this for your reading pleasure. Enjoy.