Hello, my darklings. Hope you’re enjoying the warmer-than-usual weather in February (at least in Toronto). Just wanted to post an update on the various film festivals that are screening my work over the next few weeks.

Firstly, I’m truly honoured to have my short animated film La Petite Mort included in the “Independent (Canadian) Scene” program at Tricky Women 2016 in Vienna. Many heartfelt thanks to Madi Piller, executive director of Toronto Animated Image Society (TAIS), who curated this program. She is a tireless supporter of independent animators. 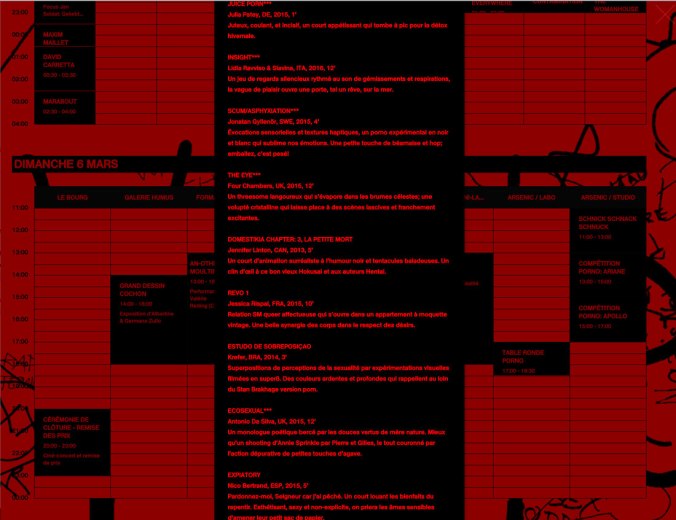 My other cinematic child, Toronto Alice, travels to Los Angeles for the L.A. International Women’s Film Festival in March. Many thanks to Leslie -Ann Coles for curating the Canadian Shorts program that includes this film. 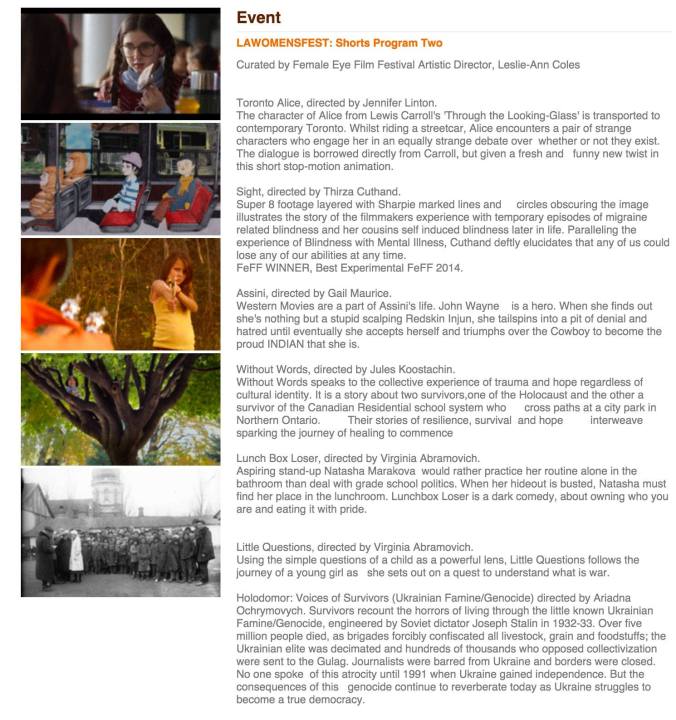 I’m also excited to share that I’m currently developing a new script for another of my independent animations. This new project will be closer to La Petite Mort in look and feel, and has the working title of Wunderkammer. Stay tuned.