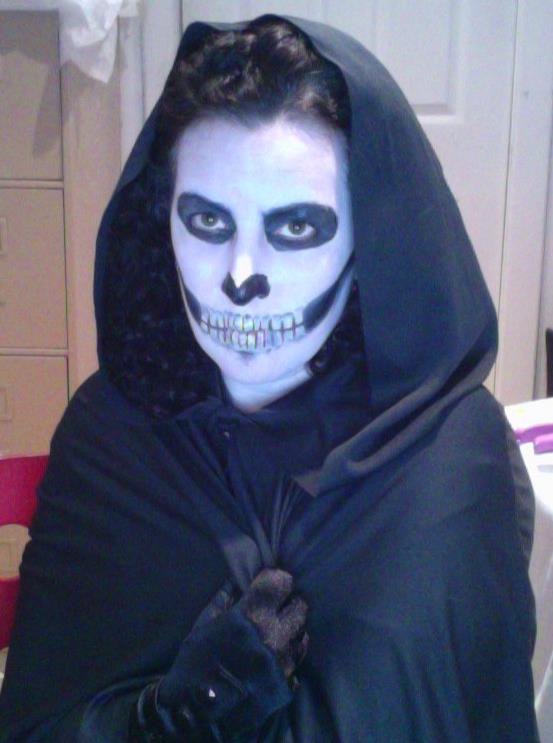 Myself, possessed by the ghoulish spirit of Halloween. Boo!

Halloween is one of the oldest holidays still celebrated in modern times, and can be traced back to the Druids, a Celtic culture in Ireland, Britain and Northern Europe. Its roots lay in the feast of Samhain (pronounced SA-WIN), which was annually held on October 31st to honor the dead. Much like Christmas, the pagan traditions of Samhain were later co-opted by the Christian church and replaced by All Saints Day (Nov. 1) as a means to align the Christian feast with the already well-established pagan festival. According to Wikipedia, “The word Halloween is first attested in the 16th century and represents a Scottish variant of the fuller All-Hallows-Even (“evening”), that is, the night before All Hallows Day.” Hence, we have the modern day Hallowe’en.